One of my favourite things to do is to browse r/unixporn. This reddit community showcases best-in-class desktop interface customizations, designs, themes and configurations on Linux and other unix variants.

While I’m particularly drawn to r/unixporn because of the abundance of beautiful screenshots of rice’d desktops, I’ve never been tempted to rice any of my linux machines myself - probably because I don’t have the patience, dedication and the skills to do it. I was therefore exited to learn about the auto-tiling feature baked right into gnome desktop in the upcoming Pop!_OS 20.04 release, I feel it’s the closest I could ever get to ricing and I can’t wait to upgrade. 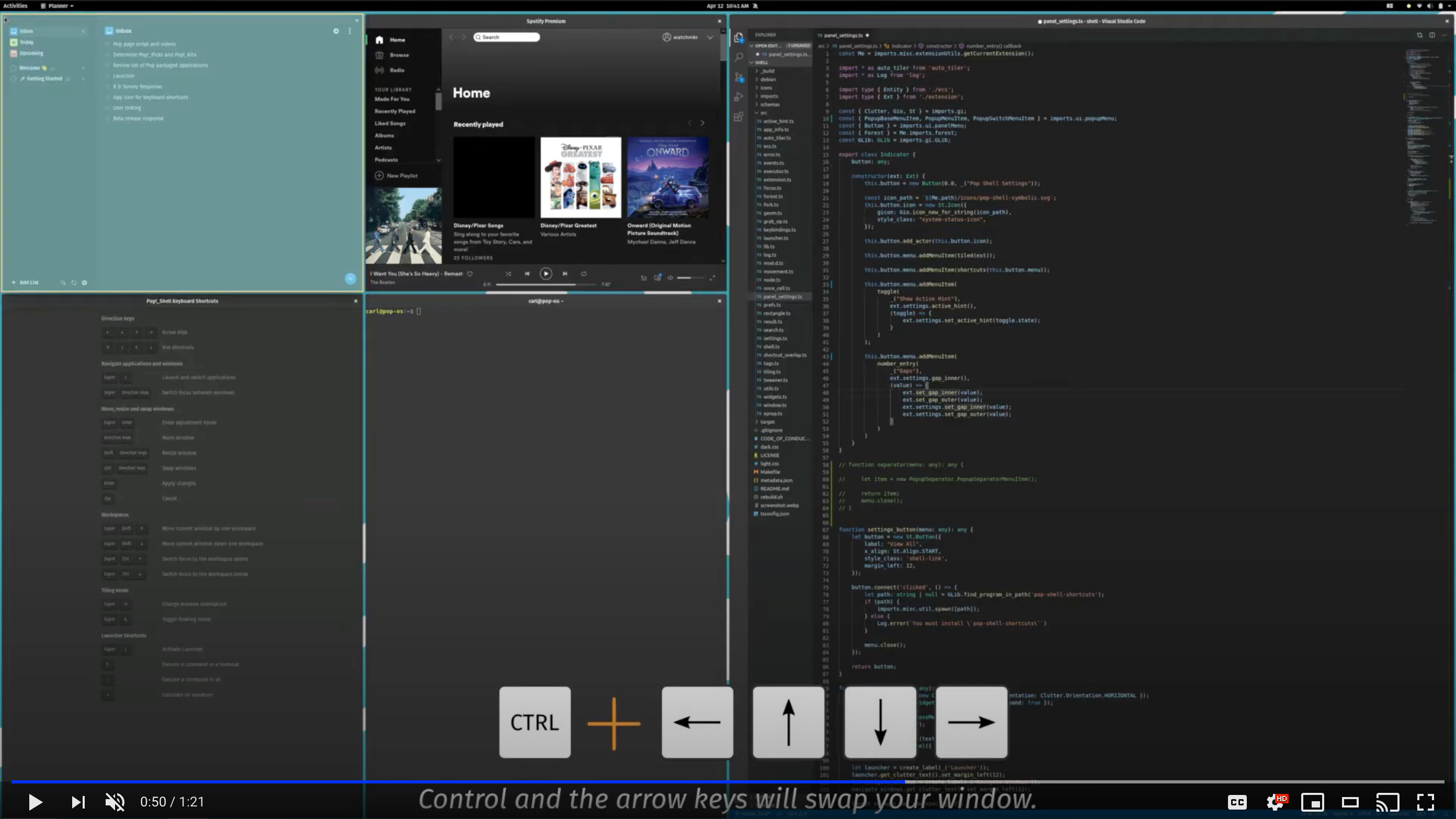 Rice is a word that is commonly used to refer to making visual improvements and customizations on one’s desktop. It was inherited from the practice of customizing cheap Asian import cars to make them appear to be faster than they actually were - which was also known as “ricing”. Here on /r/unixporn, the word is accepted by the majority of the community and is used sparingly to refer to a visually attractive desktop upgraded beyond the default.